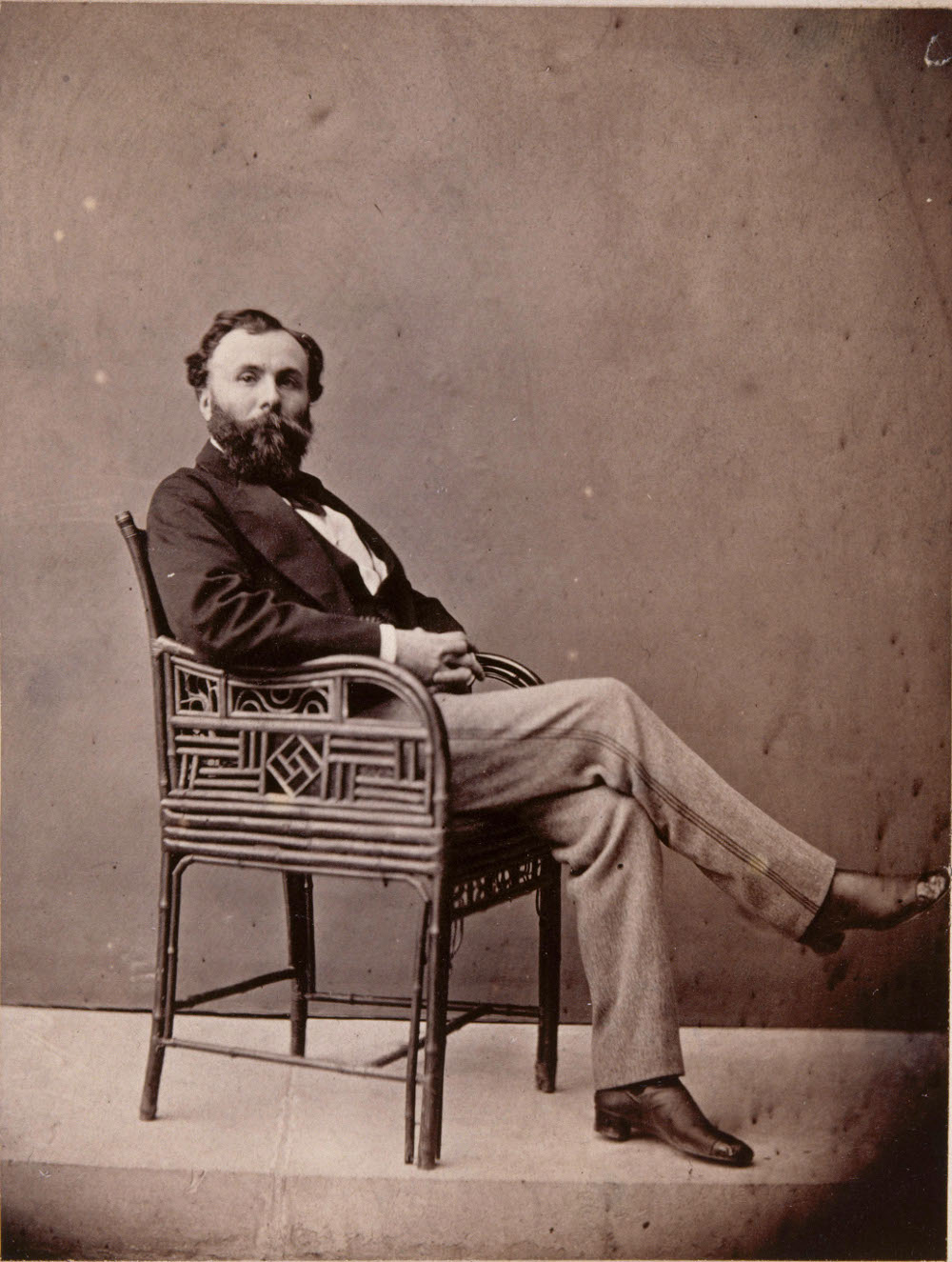 6 April 1826
Birth of Gustave Moreau in Paris.
His father Louis Moreau, an architect, inculcates a sound knowledge of classical culture in him. His mother Pauline lavishes attention on him because of his delicate health.

1836-1840
Secondary schooling at the Collège Rollin.
Death of his sister Camille aged 13. Gustave Moreau is taken out of school because of his ill health. His father helps him to study for the baccalauréat exam. From the age of eight, the young boy is constantly drawing.

1841
First visit to northern Italy; returns with an album of drawings.

1844-1846
Gustave Moreau makes frequent visits to the private studio of the Neo-Classicist painter François-Edouard Picot, decorator of public monuments and churches in Paris. Here, he prepares for the competitive entrance exam for the École Royale des Beaux-Arts.

1846
Gustave Moreau is admitted to the Ecole Royale des Beaux-Arts.

1849
Moreau leaves the Ecole after twice failing to win the Prix de Rome.

1849-50
He makes copies at the Musée du Louvre and receives several government commissions from the Beaux-Arts.

1851
Moreau becomes friends with Théodore Chassériau, a former pupil of Ingres, and rents a studio next to his in avenue Frochot, near the place Pigalle. Chassériau's influence on Moreau is crucial.

1852
Moreau’s work is accepted at the official Salon for the first time. He frequently goes to the theatre and the opera. His parents buy him a house at 14 rue de La Rochefoucauld. The painter arranges his studio on the third floor.

1857-58
Second visit to Italy, from October 1857 to 1859. He makes copies of the masters (Michelangelo, Veronese, Raphael, Correggio, etc.). After Rome he goes to Florence, Milan and then to Venice where he discovers Carpaccio. He becomes friends with the young Edgar Degas. After a visit to Naples with his parents who have now joined him, he returns to Paris in September 1859. It is shortly after this that he meets Alexandrine Dureux whom he introduces to drawing. She would remain, right up until her death in 1890, his “best and only friend”.

1862
Death of his father in February.

1864
A return to the Salon with Oedipe et le Sphinx [Oedipus and the Sphinx], bought by Prince Napoleon.

1865
In November, Gustave Moreau is invited to Compiègne by Emperor Napoleon III.

1869
Exhibits Prométhée*[Prometheus] and the Enlèvement d'Europe* [Abduction of Europa] at the Salon. He wins a medal, but receives bad reviews from the critics. He does not exhibit again until 1876.

1880
Takes part for the last time at the Salon with Hélène et Galatée [Helen and Galatea].

1882
Puts himself forward for the Académie des Beaux-Arts but is not elected.

1884
The death of his mother plunges him into the deepest despair.

1886
Moreau completes the polyptych La Vie de l'Humanité*[The Life of Humanity].
Exhibits at the Galerie Goupil. This is the only solo exhibition of his life.

1888
Election to the Académie des Beaux-Arts.

1890
Death of his friend Alexandrine Dureux; deeply affected, he paints Orphée sur la tombe d'Eurydice* [Orpheus at the Tomb of Eurydice] in her memory.

1892-1898
Succeeds Elie Delaunay as professor at the Ecole des Beaux-Arts. His pupils include Georges Rouault, Henri Matisse, Albert Marquet, Henri Charles Manguin and Edgar Maxence.
On Sundays, he receives his pupils at his house, and also invites young artists such as Ary Renan, his first biographer, and George Desvallières.

1895
Produces the masterpiece of his later career, Jupiter et Sémélé* [Jupiter and Semele] and has the family house at 14 rue de La Rochefoucauld converted so that it can become a museum after his death.

1898
Dies on 18 April. Funeral at the Église de la Trinité in Paris. He is buried at the cemetery in Montmartre.

*Works with an asterisk are conserved at the Musée Gustave Moreau